This is a good example of how LabJack devices can be integrated with a single board computer to make a powerful & expandable system in very little time. LabJack donated an entire DAQ bundle to the Colorado School of Mines Formula SAE team in 2017. The team competes in the Formula SAE regional competition in Nebraska every June, where score is based upon a variety of factors including cost, fuel efficiency, and most importantly, performance in events such as autocross (timed laps on a road course), skidpad braking, acceleration, and an endurance race. The LabJack was used to measure a variety of sensors:

All of the analysis here will be used in the design of the vehicle for next year, in June 2017. This will allow weight to be minimized and the suspension to be tuned to the optimal level of performance for the specific track. In addition, a unit will also be installed on the new car, allowing for the best tuning possible.

A Raspberry Pi 3 single board computer was used to log/record the data from the LabJack. A python script was configured to run at startup on the Raspberry Pi. The script connected to the LabJack via LJM, logged register data, and saved the data to a flash drive in a .txt file. The flash drive also contained a config.txt file, which the script used to set analog resolution, the delay between logs, and which registers to log. The Raspberry Pi was powered by a 5v USB Power Bank, but will soon be powered by the electrical system onboard the car. 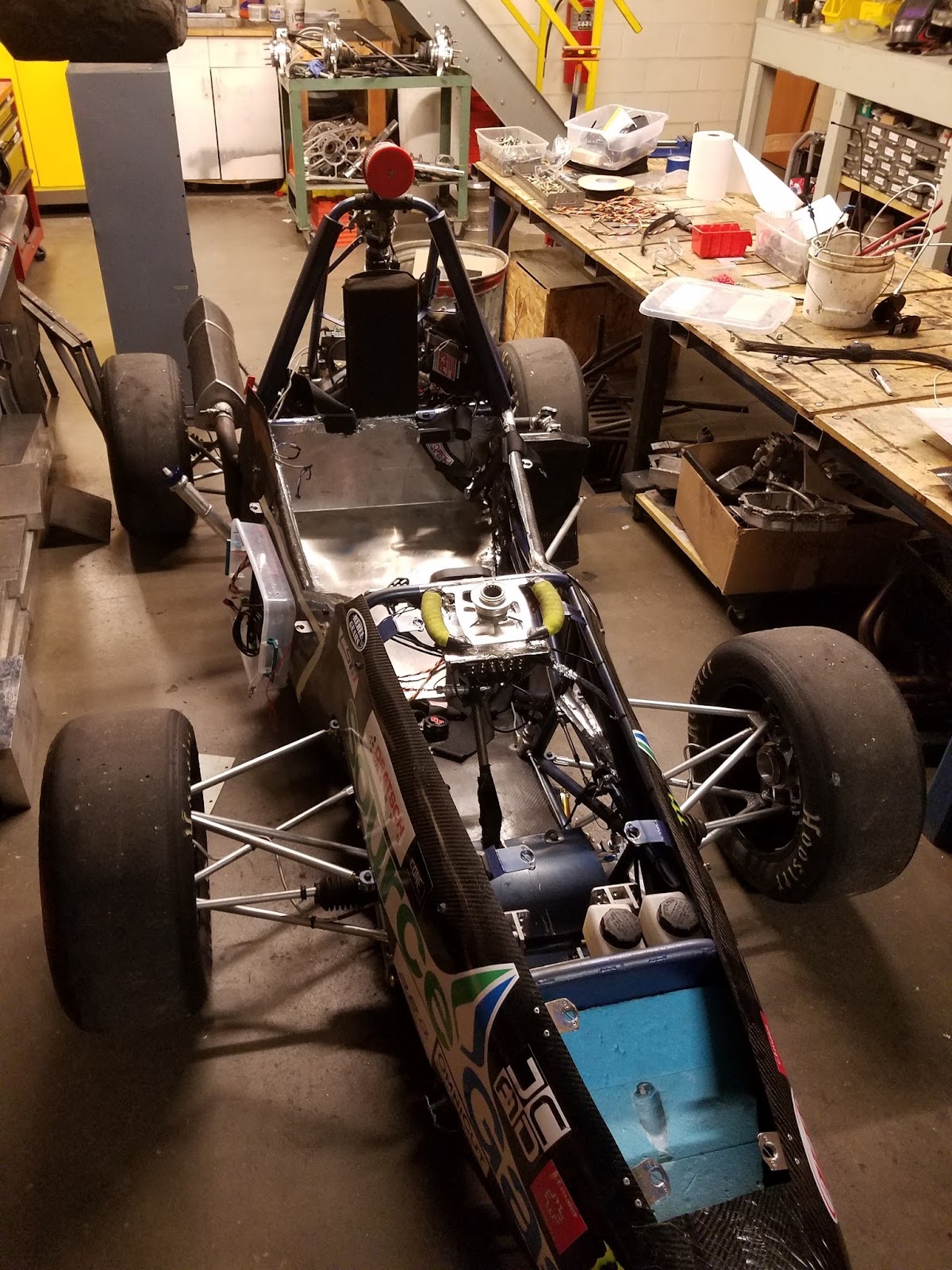 The car in the shop, without the side pods or the hood pieces 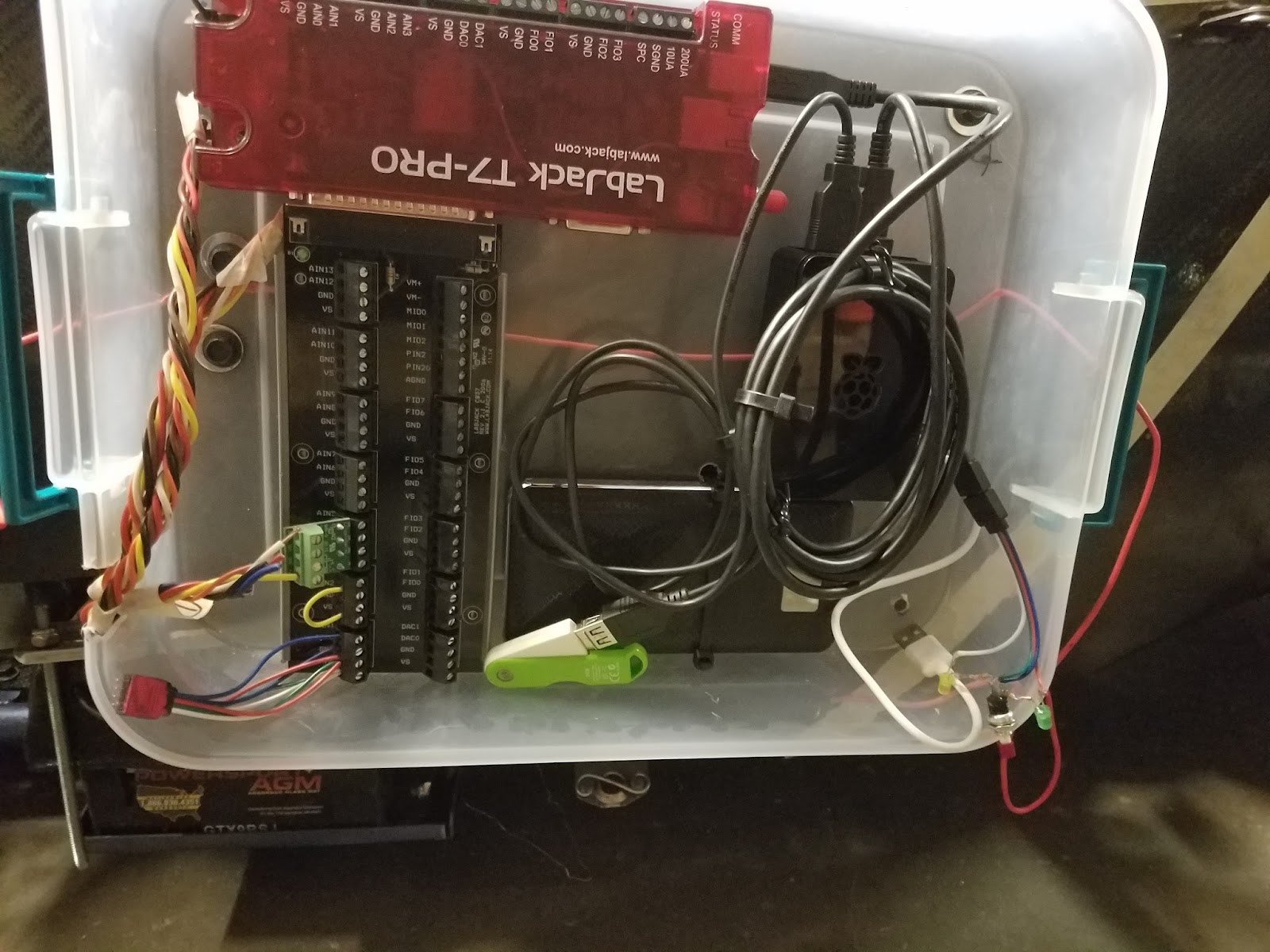 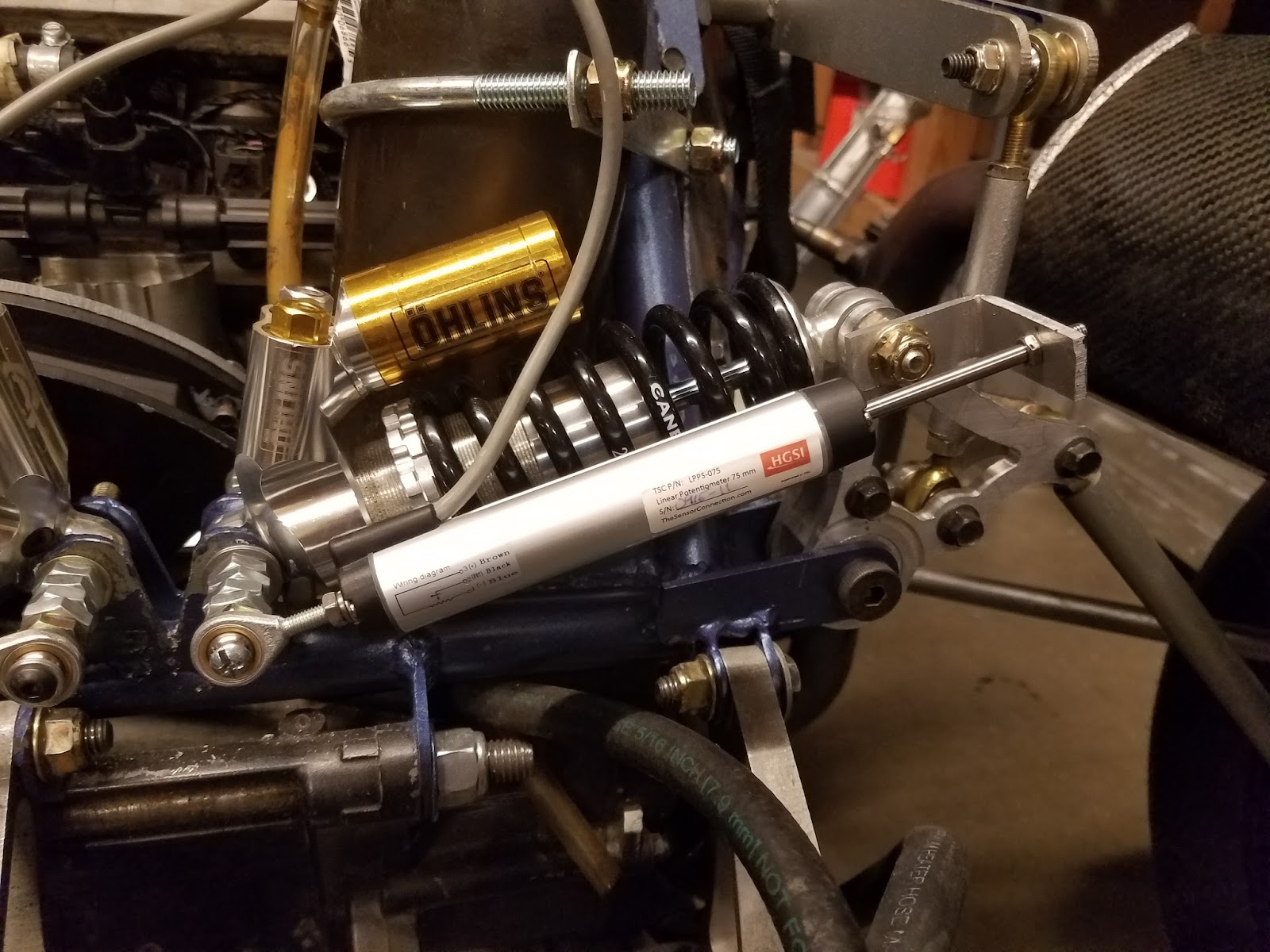 The linear potentiometer inline with the shock.

Graph of the suspension travel while driving a slalom course.